For a decade she has been working with several organizations in the segments of manufacturing, operations, and consultations.

“If by strength is meant moral power, then woman is immeasurably man's superior.”- Mahatma Gandhi

Is “she” equals “he” in this twenty-first century?

Historically woman in Indian culture and society has held an important role and commanded respect but in past few centuries woman has been taken for granted by the changing society whereby they have been denied freedom on many aspects. Women have always been contributing to enable the economy to achieve tremendous progress. But it is the gender bias that still exists at every social stratum, even in the most educated and developed society, is unable to digest this visible contribution of women in all walks of life. The patriarchal societies have always tried to diminish the role of women in economic matters. This thinking is, however, beginning to fade gradually with time. For the past few decades and especially in the last few years, Indian women have taken a great stride in all fields of activity. Yet, a lot remains to be achieved.

One out of every 4 financially excluded woman in the world is Indian. According to the Economic Survey of 2019-20, India’s female labour force participation rate has fallen to its lowest points since Independence.

This decline has been sharper in rural areas, where the female LFPR fell by more than 11 percentage points in 2017-2018. The participation of women in the workforce in India is one of the lowest globally.

“One out of every 4 financially excluded woman in the world is Indian. According to the economic survey of 2019-20, India’s female labour force participation rate has fallen to its lowest points since independence”

Further, as per the Periodic Labour Force Survey 2017-18, 57 percent of rural women were identified as self-employed. However, only 19% were female entrepreneurs, with the rest falling in the category of unpaid family labour. The same survey indicates that on an average 66 percent of women’s work in India is unpaid, compared to 12 of men’s. Worryingly, the incidence and drudgery of this unpaid labour is growing.

Social scientists have long tried to explain this phenomenon, more so in the context of rising levels of education for women. The proportion of young females attending educational institutions has almost doubled from 15.8 per cent in 2004-05 to 30.3 per cent in 2018- 19. A strong negative relationship between a woman’s education level and her participation in agricultural and non-agricultural wage work has been observed.

The way forward - what can be done?

The above statistics are representative of the significant gender disparity in employment and entrepreneurship in India. The negative correlation in the female education level and their participation in economic activities shows that the gender disparity is less on account of economic factors and more so because of the deep-rooted cultural and social bias that the patriarchal society has toward women.

“Feminism is not about making woman stronger. Women are already strong. It is about changing the way the world perceives the strength” – By G.D. Anderson.

The above quote speaks a lot about the reality of women in our society. Everything related to women in this world is coming out to one word and that is perception. Perception not only about the different roles played by them but also of the responsibilities expected from them at various platforms. It is the perception that forms the foundation for the much-talked gender disparity.

A lot of discussion and debates have taken place on “Empowering and Uplifting the Woman”, but aren’t we strengthening this off late biased culture by creating the buzz word of “Empowerment”. Our society needs to bring in a sense of discipline in the patriarchal culture where every person must be seen and treated equally irrespective of gender, caste, and creed.

Women play a crucial role in initiating the advancement and growth of any society, in nations across the world. India is no exception to this rule. There is a need for targeted interventions by all relevant stakeholders – the government, the judiciary, the media, and the civil society. Woman in today’s time seeks dignity and self-respect, a change in perception of the way society looks at it!

In recent times a lot of effort has been laid upon by the government at the policy level to promote gender equality and welfare. However, in my humble opinion education holds the key to this disparity towards women and by education, I do not mean educating the female member rather the young male members of the society be imparted with a gender-neutral education at schools as well as in homes that see and treat the female counterpart with equality and dignity. Home as well as at schools we can see and treat the women with equality and dignity. If this socio-cultural disparity to perceive female to be weak gets corrected at the young age, then the next decades shall be getting “HE EQUALS SHE”!! 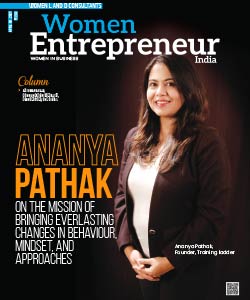