Legal and social barriers that exist for women’s access to jobs is costing the MENA region $575 billion. Research by Boston Consulting Group (BCG) reflected on the growing influence of women entrepreneurs in the corporate world by reporting that they currently control 32 percent of the global wealth and continue to add $5 trillion to the global wealth pool every year. Meanwhile, a recent PriceWaterhouseCoopers (PwC) survey has revealed that only 56 percent of women felt they were treated equally to men when it came to promotions (55 percent in KSA and Egypt and 66 percent in UAE).

The survey by global accounting firm PwC added that legal and social barriers that exist for women’s access to jobs are costing the MENA region $575 billion. Influence on Purchase Decisions Experts at the Images RetailME’s Virtual Roundtable 7.0, titled ‘She Means Business’ necessitated a change while discussing that women influence 85 percent of purchase decisions in the retail sector, only 12.5 percent of apparel and retail companies in the Fortune 1000 list are led by women.

The business environment in the UAE is committed to driving equality in the business world and recognizes greater gender equality than any other country in the MENA region. The UAE government has pledged $50 million to the Women Entrepreneurs Finance Initiative fund in 2017, leading to the closure of 64 percent of the overall gender gap in the UAE workforce. Gender equality is one of the UAE government’s declared sustainable development goals so that it becomes one of the top 25 countries in the world for gender equality by 2021. 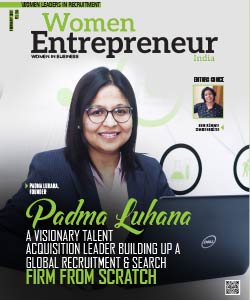